Of Workers and Walkers

"Scotland has a rich history of Bothies . Places of shelter for workers drovers and walkers.
The above image was taken by a workshop technician at The Scott Sutherland school of Architecture called Bert.
He insisted that Andrew spend a night in this ...the Lairig Grhu Bothie before it fell back to nature.
The image has meant a lot to him for many years and sits on his desktop ... it has in a small way informed the work of his practice.

The building below is a shed at Corrary in GlenBheag - Wester Ross . A shed that upon returning from a first trip to Norway was thought to be ripe for conversion . The Croft at Corrary required more beds for seasonal workers and the Utility of this tiny building appealed.

Its proposed conversion from tractor shed to Bothie was  spurred on by the late great Crofter Farquhar Macbeath who knew the shed well .

Farquhar had instructed Andrew McAvoy + Neil Sutherland on how to acquire second hand telegraph poles  on the premise that you collected them from where they had been felled. He would supply the truck and we would supply the labor...we would share the poles.

One summer evening he provided a truck at roadside and sent us off... up hill ...to get them.
Sitting in his Pickup with his Binoculars he watched us struggle... whilst down the road, came his 12 year old mythical musician daughter - the legendary Sandra Macbeath.

Sandra was sent up to dismiss us and quickly sent the poles down the hill ....leaving us to put them on the truck.\

The Poles feature in the Porch of the Bothie as proposed below.
Farquhar  asked in 1993  "what Kind of roof is that you want to put on the side of the shed "
answer - "Its called a Cat slide"

" Och ..we have enough big Cats round here as it is ...dont go giving them things to play on "
Glenbheag is frequented by at least one Big Black cat.

We laughed about it for years ...

"Down in Gleann Beag stand the ruins of Dun Telve and Dun Troddan, the fortress-like stone homesteads of Iron Age farmers. The rubble remains of another of these conical houses or Brochs, lies on the hill that rises steeply behind the MacBeaths' home.

Born on a croft, Farquhar worked in salmon fishing before being called up during WWII, serving as a commando in Holland, Germany and the Far East. He returned home in 1965 after a stint in the merchant navy, and got his own croft two years later.

"I still do the odd bit now and again. I'll take the quad bike and have a look at the sheep. I don't do any heavy work, my wife's nephew does that. But I have got the books to do. That's a full-time job now."
Farquhar is an oracle on the farming history of the area.
"In 1962 there were more than 200 cows in this area. Now there is only about half that number and there are very few sheep. The first year I was here more than 700 lambs went out on a float [a lorry] straight to Norfolk, but now there is next to nothing. People are taking them down in horse boxes."

Farquhar was an inspiration and had no time for dillydallying around.In the end he steered us away from the Bothie idea and said the telegraph poles were  "better for the animals " In the end we made a wood storage shed from them - See below

Amongst many things he was once a Viking in the Kirk Douglas Movie . See Image below

Farquhar Macbeath  was given a proper send off in July 2015 after 90 Highland years of Crofting effort.

A man who stood up in the Scottish Parliament and said the  Sea Eagles were too numerous and too greedy and who thought the Brochs would be better demolished to prevent people from standing around looking at them ! ( he did not mean that !)

He is so greatly missed !

The Bothie proposal on reflection is not great , but the narrative behind it ... lives on. 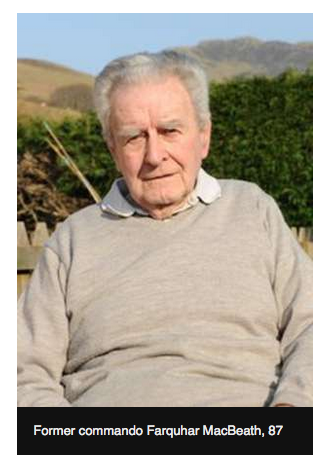 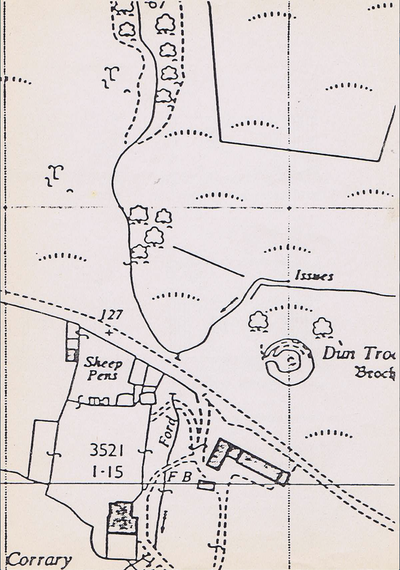 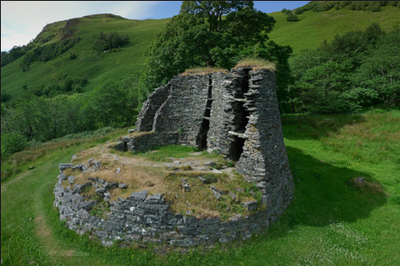 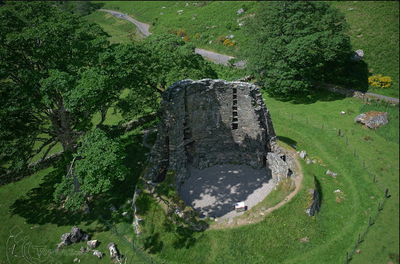 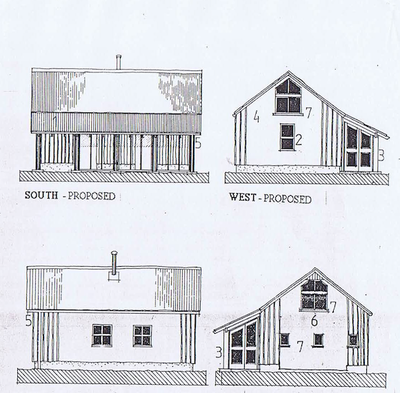 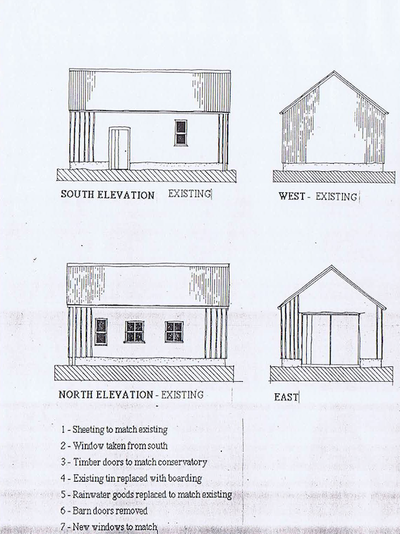 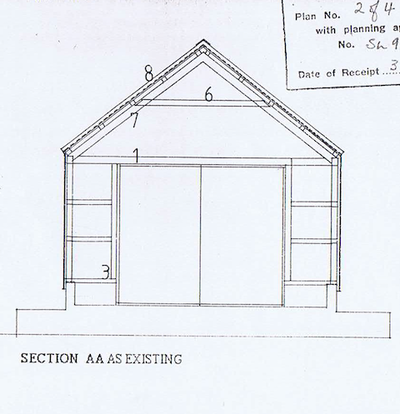 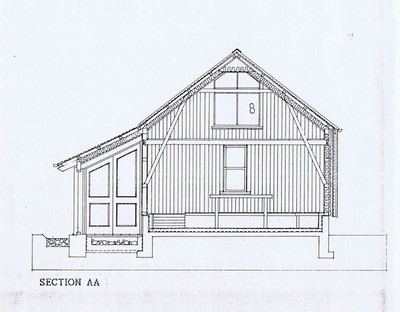 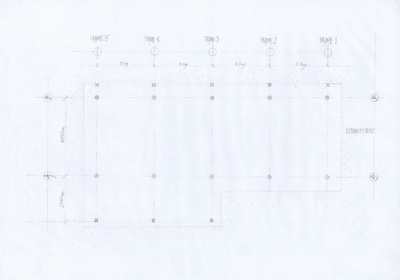 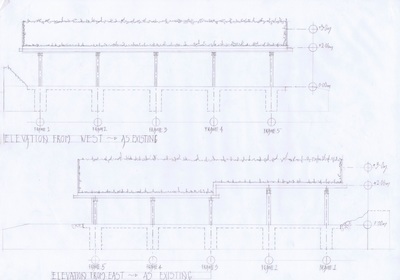 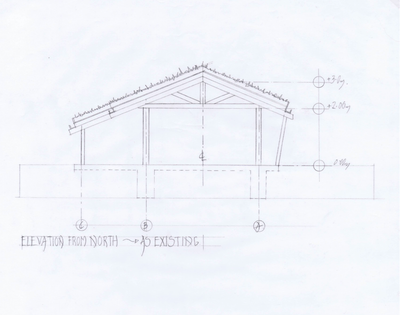 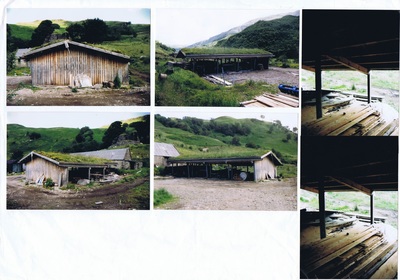 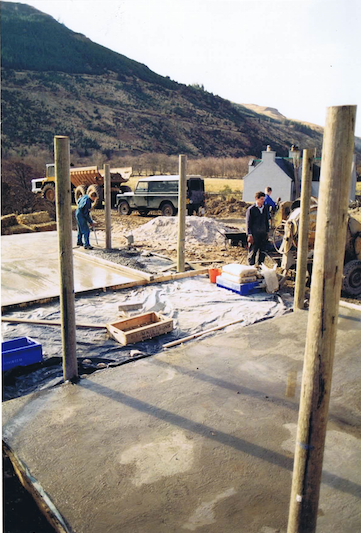 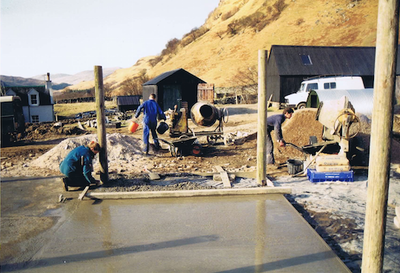 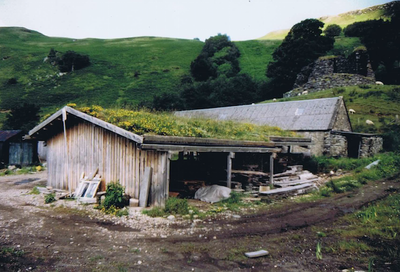 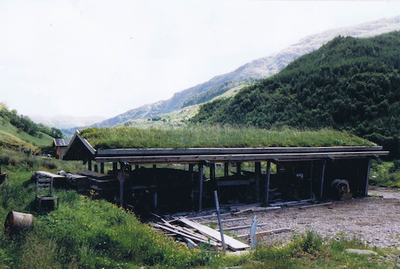 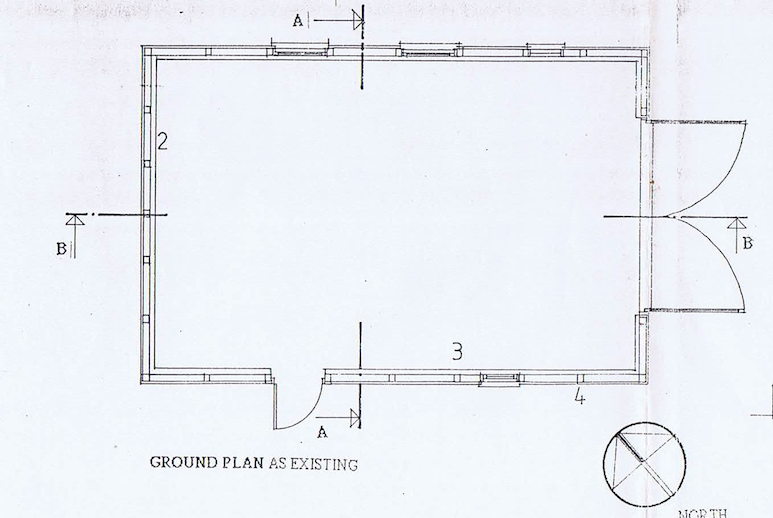 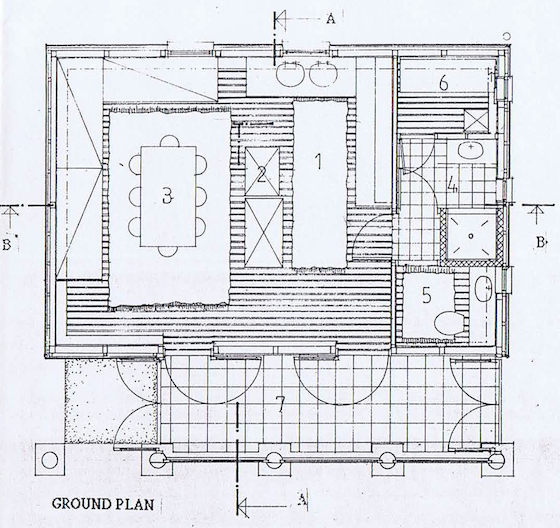 Bothie as proposed - with communal sleeping loft in roof space

Long Section through Bothie as proposed. 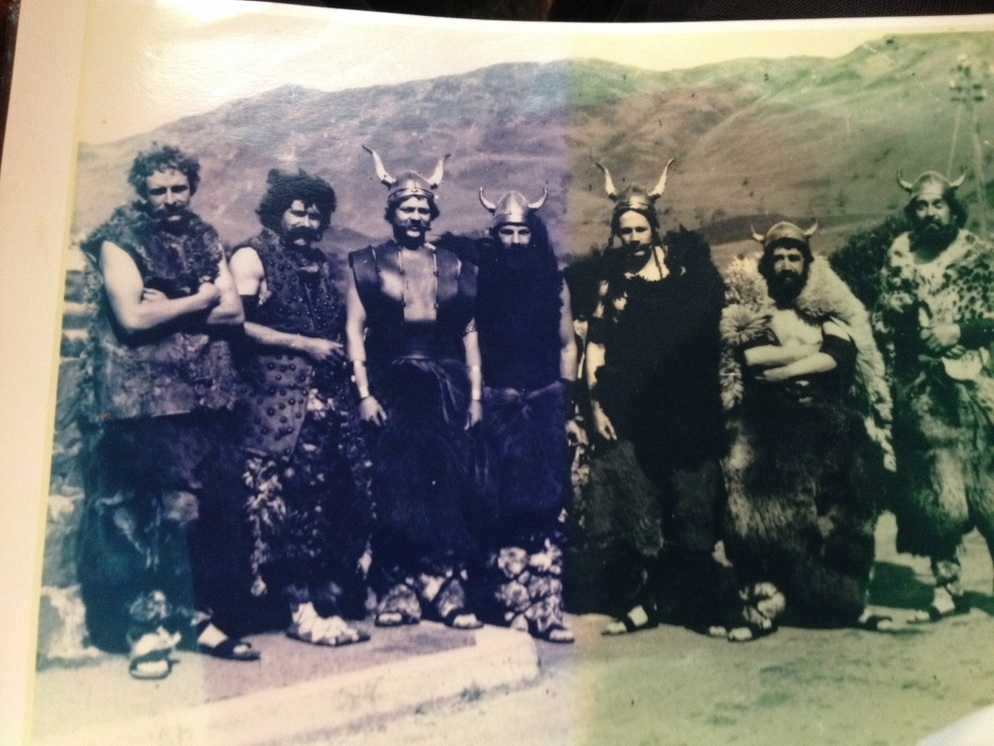 Farquhar Macbeath first on left . As extra on the set of "The Vikings" 1958 Rattigan - Wester Ross